The 2018 MassGOP Convention was preceded by candidate meet and greet parties…..It was great fun attending the many different locations prior to the main event to meet and hear the candidates speak.The newest feature was the Uber and Lyft cars available to move us around the city.

The 2018 MassGOP Convention highlighted many new candidates running for elected office. The key race was US Senate, which featured three known candidates, and two new candidates. The  well known candidates  were John Kingston, Beth Lindstrom, and Geoff Diehl. The other two in the race made impassioned speeches but failed to generate enough votes to move to the second round.  Unfortunately the Senate candidates appeared at the end of the event and had to shorten their presentations. The first vote had Geoff as victor, but since he did not reach 50% a second vote was held. On the second vote, Geoff crossed the 50% mark, which made him the MassGOP endorsed candidate. All the other races had 2 candidatesor less, so a second vote was not required. The endorsed candidates were Geoff Diehl, US Senate; Charlie Baker, Governor; Karyn Polito, Lt. Governor; Jay McMahon, Attorney General; Anthony Amore, Secretary of State; Keiko Orrall, Treasurer; and Helen Brady, Auditor. The candidates had small tokens for the delegates, which included: hats, tee shirts, whistles, tumblers, bumper stickers, informational packets, totes, and pens……Food and drinks were provided by the DCU Center Concessions… The MassGOP utilized electronic voting, but they did not have enough tablets, so each senate district had to make use of one that was held and mostly operated by a MassGOP state committee member, so the vote was not private…….. All in all it was a memorable experience to hear the various candidates, and to hopefully see the future of Massachusetts that these dedicated and hardworking candidates are willing to work for. 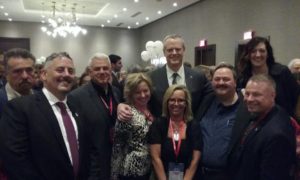 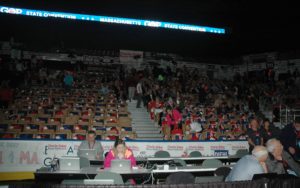 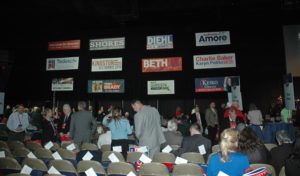 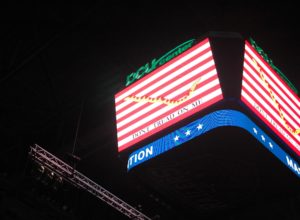 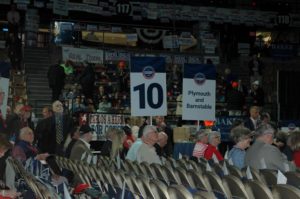 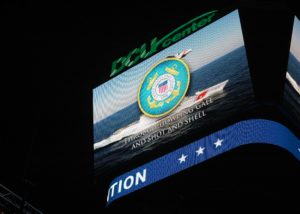